Books have always been a big part of my life. I remember my dad used to be furious when he saw me reading novels in school time. I would read them in the night and finally gave up. I didn’t read books for few years and concentrated more on board exams. Then later when I took up my first job with Infosys, I developed the habit of book reading again. I have been an ardent reader and much of the credit goes to some of my friends. 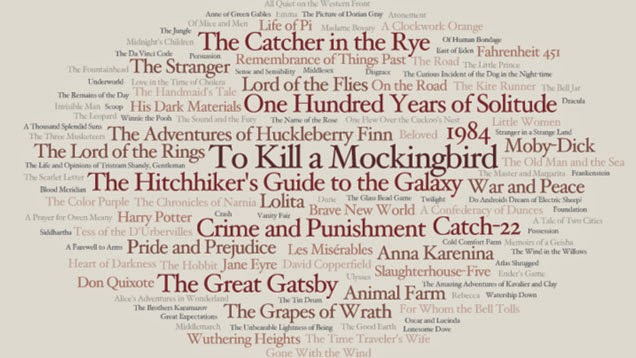 Books are such a thing. If you focus on the writing style, you wonder how one can write so simply yet beautifully. If you go deep in the depth of the thought conveyed in the pages, you have your own life dancing in front of you. They are the best friends a person can have. And they are probably the best tools for introspection.

Here I am listing down 10 books of my choice that are very dear to me and that have changed my perspective to a great extent. The list is in no particular order. It is not a recommendation but includes my personal choice of books.
1. Eleven Minutes by Paulo Coelho

“I am two women: one wants to have all the joy, passion and adventure that life can give me. The other wants to be a slave to routine, to family life, to the things that can be planned and achieved. I’m a housewife and a prostitute, both of us living in the same body and doing battle with each other.”

It is said that Paulo Coelho is one writer who writes to change people’s lives and his writings have changed people’s lives. No wonder his ‘The Alchemist’ is a masterpiece and is read by everyone alike. But I always choose Eleven Minutes from his lot without any second thoughts. In this book, the protagonist is a woman who gets lured by money and working abroad and falls in the profession of prostitution. The beauty is that once you finish reading this book, your whole perception about this particular profession changes and you start treating it just like a normal profession. Atleast, that is how it changed me.

2. Fear of Flying by Erica Jong

I remember I read this book on a friend’s recommendation and I borrowed this book from her. I was so captivated by this book that I wanted to have a copy. This was around 6 years ago, when we did not have Flipkart and other online book stores. I looked for it in every book store in Hyd but could not find it and on my trip to Blore, instead of hanging out with friends, I hunted almost all the major book stores but did not find it anywhere. Finally, I saw one copy in Forum mall store and I immediately took it. This is a truly feminist book that talks about female sexuality openly and even created waves for its controversial writing. The book was first published in 1973 but I would call it a very contemporary book and possibly this is why it has sold more than 20 million copies worldwide.

3. Say You Are One of Them by Uwem Akpan

“I don’t know. Ni maisha yangu, guy, it’s my life. I’m thinking, full time will allow me to pay your fees and also save for myself. I will send money through the church for you. I’ll quit the brothel when I save a bit. I don’t want to stand on the road forever. Me myself must to go to school one day…”

When Oprah selected this book in her Oprah’s Book Club for the year 2008, I badly wanted to read it. A friend of mine coming from US got it for me and couriered it to me in Port Blair (Thanks Alok). I finished reading it in flat 3 days. That’s the enticing way in which it is written. It is a collection of five short and poignant stories. The stories are set in parts of Africa and all of them touch you in one way or the other. A must read book if you like books that shudder you. The protagonists are mainly young children and the stories highlight the perseverance of these children. You can read the first story of this book here.

4. The God of Small Things by Arundhati Roy

“Perhaps it’s true that things can change in a day. That a few dozen hours can affect the outcome of whole lifetimes. And that when they do, those few dozen hours, like the salvaged remains of a burned house—the charred clock, the singed photograph, the scorched furniture—must be resurrected from the ruins and examined. Preserved. Accounted for. Little events, ordinary things, smashed and reconstitutred. Imbued with new meaning. Suddenly they become the bleached bones of a story.”

When I first read in 1999, I did not quite understand it. I have read it thrice since then, this is my love for this book. The book is filled with amazing metaphors and that is a typical Arundhati style. The book captures the ‘discriminations’ in a distinctive manner. The reader wonders how some small incidents can work together to shape a human being.

5. Interpreter of Maladies by Jhumpa Lahiri

“Eventually I took a square of white chocolate out of the box, and unwrapped it, and then I did something I had never done before. I put the chocolate in my mouth, letting it soften until the last possible moment, and then as I chewed it slowly, I prayed that Mr. Pirzada’s family was safe and sound. I had never prayed for anything before, had never been taught or told to, but I decided, given the circumstances, that it was something I should do. That night when I went to the bathroom I only pretended to brush my teeth, for I feared that I would somehow rinse the prayer out as well. I wet the brush and rearranged the tube of paste to prevent my parents from asking any questions, and fell asleep with sugar on my tongue.”

A collection of nine short stories, this book is both- a light and a touching read. Most of the stories explore relationship in great detail. Jhumpa has a way of writing in simple, plain words. But the plot of the stories make you think. This book won her the coveted ‘Pulitzer Prize’ and Oprah selected the book in her Top Ten Books list.

6. Catcher in the Rye by J.D. Salinger (this is my all time favourite)

This is one of the most controversial books ever written. A short, petite book is so heavy in its meaning that it leaves you with a sense of discomfort, with almost everything including yourself! Times magazine included this book in its list of 100 best English novels. The main protagonist, Holden Caulfield narrates the book in first person and takes you through each and single thought of his mind during a Christmas journey he makes in a period of two days. It is an amazing book, full of slangs but you can’t put it down without completing it.

Andrews, the Butler: Is she?

Klara Sesemann: Yes, but she doesn’t know it. The poor dear thinks she’s going home today. But she’ll be happier here, don’t you think? And I’ll have some new dresses made for her.”

This book is very special to me. For the simple reason that when I stood second in my class in fifth standard I got it as a prize and also because this was the first novel I had read.

A breezy and soft children’s book, it is a story of a young girl who lives with her grand father. It has been made into animated movies, TV and cartoon series. I am glad I still have the book with me. My daughter will start reading it in few years from now.

8. Diary of a Nobody by George Grossmith and Weedon Grossmith

“I sat next to Mrs. Field at dinner. She seemed a well-informed lady, but was very deaf. It did not much matter, for Mr. Hardfur Huttle did all the talking. He is a marvellously intellectual man and says things which from other people would seem quite alarming. How I wish I could remember even a quarter of his brilliant conversation. I made a few little reminding notes on the MENU card.”

Oh my my, what a hilarious book this is. I caught hold of this book from a street corner where an old man had some old books up for sale on his tottered rug. I bought it from him and I remember I paid him Rs. 50 extra. This is a book I pick up to read whenever I am sulking. The book written in first person has a story of a man who is soon going to retire from his work. His two friends, Cumming and Gowing, are part of his family and the funny scenes we get to read. A MUST read for some real humor.

“I wouldn’t intentionally hurt anyone in this whole world. I wouldn’t hurt them physically or emotionally, how then can people so consistently do it to me? Even my parents treat me like I’m stupid and inferior and ever short. I guess I’ll never measure up to anyone’s expectations. I surely don’t measure up to what I’d like to be.”

This is probably the thinnest book I have read so far and I was in tears when I read it in a matter of few hours. It is a diary written by a troubled teenage girl in the US who becomes a drug addict. The book is written in the form of a diary by a fifteen year old girl where in she writes all about the happenings of her life including drugs. The epilogue says that three days after the last entry in the diary, the diarist was found dead in her room. The diarist’s name is never revealed in the book which is now presented as a testimony against drug use. Once you finish reading it, no way you can stop yourself from thinking about Alice.

10. Gone With The Wind by Margaret Mitchell

Scarlett O Hara is an Aries by zodiac sign and that is one more reason for me to love this book. The energy, the determination, the passion for life that this woman has always gives me so much of inspiration that wherever I go, I keep a copy of this book with me. I read it time and over again just to be reminded of the power of a woman.

You may wish to read: 11 Simple Ways To Develop The Habit Of Book Reading: Your Mini Guide To Pick Up Book Reading