Short films are a powerful medium to convey a message. Visuals impact us more than the words and this makes films a greater way to impart a lesson or a social message. Short films have an added advantage of their time duration and smaller budget that helps in focusing only on the most crucial aspects of the story.
After 5 emotional stories that will make you cry instantly, I have compiled a list of 6 Hindi must watch short films for every woman. If you have any recommendations, please mention in the comments. 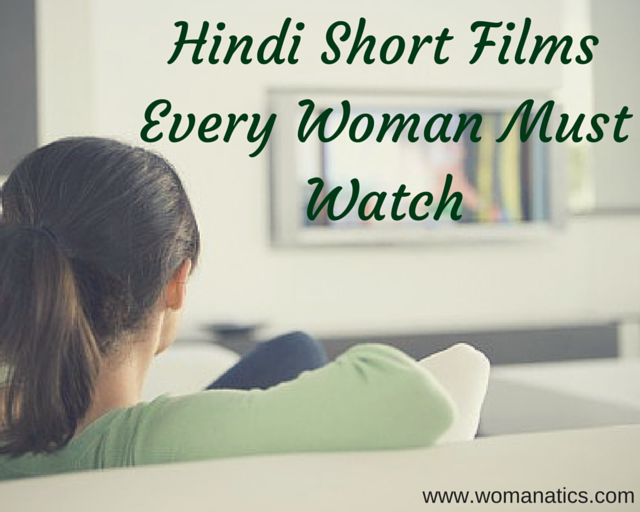 5 Short Films Every Woman Must Watch

1. That Day After Every Day

An inspirational short film based on the subject of eve teasing and sexual harassment. Every woman must see this film to find out what happens that day after everyday. Directed by Anurag Kashyap, the film fills you with the courage to stop being meek and mute and instead stand up for yourself.
2. Going Home
What a beautiful movie this is! Vikas Bahl gave us a perfect world through this. Anyone wants to know what does a woman want? This is what every woman wants.

This film by Aban Bharucha narrates the tale of a Kavita, a daughter-in-law, who represents a cosmetic company and works from home as she looks after her paralytic father-in-law. The film has a disturbing end and long after watching we struggle to decide if Kavita was right or wrong.

How long are you supposed to mourn the loss of your husband? Does everyone genuinely feel sorry for you? What does mourning actually mean? Kaushal Oza’s Afterglow is the appropriate answer to such questions.

A must watch film for every woman who wants to be like another woman. Jaydeep Sarkar’s thriller is a perfect take on friendship between two very different women. The film also reveals the vacuum that exists in the lives of busy people in metropolitan cities. Watch the movie and you will be thankful for the kind of life you live.

Directed by Imtiaz Ali, the film throws light on women’s issues and gives a positive perspective. The tagline of the film ‘Tomorrow is mine’ tells you that this is a different film altogether. Watch it here.


Have any suggestions to add to the list? Please let me know in the comments.

5 BEST Indian TV Ads That Break The Stereotypes of Women