Born and brought up in Meerut, a town in U.P. that is heavily influenced by western culture but still deeply rooted in its orthodox eastern thinking, I had my own issues with my body. When I refer to my body here, I essentially mean my face. With my face, I primarily mean my complexion.

It is easy to guess that it was my dusky complexion that gave me the inferiority complex. Among the about twelve girls in my class, I was the second most dusky girl. In a family of six girl cousins, I was the darkest of all. With a fair younger sister, my comparisons with fair girls became just too obvious and convenient to others.

Though I had people around me who told me how pretty I was because of my sharp features or how I resembled Sonali Bendre or Smita Patil, but these compliments made my journey just a tad bit better. A vast gamut of relatives and neighbors still had their doubts about my future which eventually meant marriage. 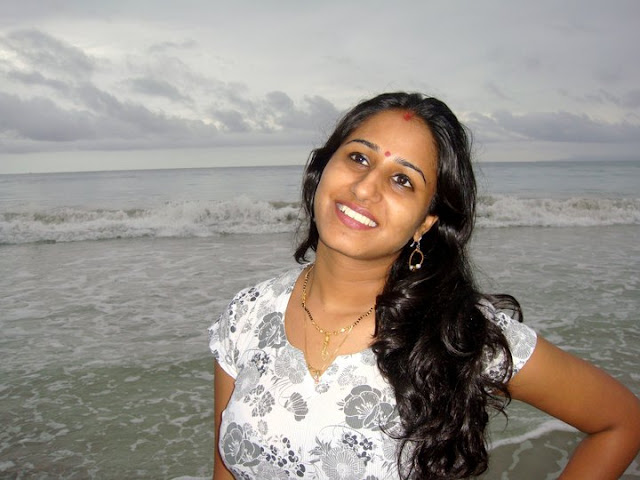 ‘Fair is beautiful’ and ‘every man wants a beautiful woman’. This says it all. By the age of thirteen, I had believed that I was not beautiful.

They say beauty lies in the eyes of beholder. Right outside the herd of such traditional blabbermouths, stood my non-conformist mastermind father who throughout made me believe that I was good looking in my own nice ways.

‘Your heart makes your look good’ and ‘your words make you attractive’.

Guided by the above statements, I decided to not look at those who were ready with a beauty advice at the snap of a finger. Rather I decided to focus on me. On my strengths. On my definition of beauty.

I grew up to be a polite and kind woman. I could make friends easily. I helped people by going out of my ways. Each time I helped somebody, I could feel an iota of increase in my self confidence.

As a youngster, I never wore anything in colors red, black or blue. I had firm belief that these were colors of the fair. Brown was my staple lipstick. Pleated hair was my ‘the only’ hairstyle for I thought that my shiny, black hair would only add to the darkness on my face.

I had shielded myself with my tricks and tips of looking okay in an arena of outfits, colors and styles.

Things changed when I travelled to South India for job. I landed in Bangalore and I no longer felt outcasted or inferior. All around me I had women who had the same complexion as mine. I felt relieved to see that I wasn’t the ‘only’ dark woman in a group. Things improved when I had women complimenting me on my looks. I met a beautiful woman in Bangalore who is now my best friend. We shared a flat. Every morning, as I was about to leave for office and stood in front of the mirror to give myself a final look, she would say, ‘you look so pretty. Can we exchange our faces’? She was fair and that is why her compliments mattered to me, the most.

In 2006 when I went to Mauritius to teach ERP to young software engineers in a company, two pretty, white women approached me and asked me the secret of my long, beautiful hair. The next day I had a girl who came to me and asked, ‘my boyfriend says he wants me to have a skin color like yours and cheeks as soft as yours. What do you use on your face?’

‘Kindness’, I replied to her.

Deep inside as I scouted for the answer, I realized my heart getting lighter, brighter and emptier. It was fast releasing the feelings of anguish and complex I had incurred over the decades.

A year later I travelled to Netherlands for MBA and there I had the men of my class complimenting me on my looks. A handsome, Spanish man requested me to never use scissors on my hair while a model looking French man flattered me by calling me the most beautiful girl in the class that had girls from all over the world. I never believed him though because I thought the long legged African girl in the class was the prettiest of all.

I returned to India with a fresh outlook towards beauty. It was no longer about color. It was about happiness and radiance.

Fast forward to 2009 and I had men swooning over me. I suddenly wondered. What had changed? Not my skin color, certainly. It was my outlook. My confidence. My belief in my beauty.

I no longer craved and cared for people’s opinion on looks. My opinion was all that mattered.

In the early 2009, an arranged marriage proposal came my way. The man was handsome, fair and well settled. We met. Fell in love in the first meeting itself and finally we got married in three months time. He is an IAS officer and ours was a dowry less marriage, totally. A little baffled by his decision of marrying me (a non IAS) and not taking any dowry, I once asked him what made him fall for me. He lovingly replied, ‘when I saw your photo, I felt a connection with your face. You are the most beautiful woman I ever met’.

We have been married for more than six years now. I am a proud mother of a five year old daughter. My husband is the best man I could have asked for. He still calls me the most beautiful woman every second day.
And the best part? I now look at mirror and ask myself – ‘why am I so pretty’?

As Beautiful As The Work She Does!

Delhi Rape Case: The whole society has been raped!

Why are we so obsessed with beauty standards?