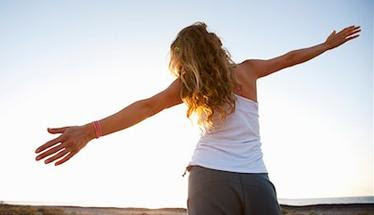 A happy marriage is a long conversation which always seems too short. ~Andre Maurois

I was one of those independent women who thought marriage could cage her freedom and individuality. At the same time I was also a languid, flighty woman. I had a completely different picture of marriage in my head and I found the right man to get married to, I thought my life would be super romantic.
It indeed was and it still is. But much sooner than later, the Aries woman in me figured out that she desired her freedom more than the romance.
The initial few months after marriage were difficult. I quit my well paying day job in a reputed MNC, moved to a guest house room in Port Blair and had no internet to stay connected with friends. More than that, there was a psychological assumption in my mind that since I was married, I was ruled.
It was this unsaid ubiquitous apprehension that caused most of the trouble. But thankfully, within a few months, the apprehensions proved wrong.
Around 2 months post marriage, I had to get a molar extraction done and it was not possible to get it done in Port Blair. I had to go to Kolkata, a place I had two of my close friends and where I had lived and worked prior to my marriage. I was not sure if Mr. Thinker would allow me to leave as I was married and as per the general rule, married women have to act according to their husband’s wish. But to my sweet, pleasant surprise, he himself suggested me to visit Kolkata as he thought it would help me in a better molar treatment and would also let me meet my friends and have a break from the secluded Port Blair life.
This was the first time I realized that in my marriage I would always get my share of personal space.
One year down the line and my baby daughter was born. With an infant in lap, I gave up all hopes and aspirations of working again, even though he was very supportive and even suggested me to take up a job of my own interest.
We came back to Andamans on his posting and one day I asked him, ‘I don’t think I would want to return to IT industry. Instead, I want to take up blogging. What do you think? ’ and he smiled and pat replied, ‘that is such a brilliant idea. You must blog’ and here I am, as a full time blogger.
I always wanted to write and go into literature but my dad badly wanted me to study science and I did as he pleased. Studied engineering, took up a job with IT and did MBA. In all this while, I never did what I wanted to. I thought of quitting all of it many a times but was always confronted with many logical and practical questions and each time that rebellion in me subdued.
My marriage has liberated me in the truest sense. I have never felt so free in life as I do now and the entire credit to this goes to my husband who is a very balanced and matured person. He believes in individual development and always encourages me to grow as a person and a professional.
I just heard from a friend who has now joined as a lecturer in a small engineering college and gave up her 4 years of experience in a reputed IT firm. ‘He is very supportive and he says he is happy with whatever I decide for myself’ she said on phone.
Marriage can be a new beginning for you if you have a partner who lets you take the risks and begin afresh. And this if often a two-way process. You motivate your partner to achieve his personal goals and he would motivate you to follow your missions. And this is why more than the looks, job and education, one should look for character in one’s partner. Character defines the personality and the substance of an individual.
After the marriage advantage, you now have one more reason to look forward to such a wonderful event in life that truly sets you free.
Make goals, share them with your partner and he would help you to accomplish them.
Participate in the Book Giveaway now!

Demand, Set Boundaries and Pressurize: How Three Bad Words Can Actually Be Good For Your Marriage

Love At The Age Of Forty: A Whirlwind Romance With Self

How I Found True Love In Arranged Marriage

In-Laws Can Be Your Best Friends