If you google ‘Indian beauties with brains’, you will get lists of list as a result.

We all have different parameters of beauty. To some it is about the flawless complexion. To many it lies in bright eyes and full lips. Others find beauty in impeccable style and the way a person carries herself.

To me beauty is certainly skin deep. It lies in the warmth of the smile, in the kindness of the eyes, in the dignified confidence of the walk and in the simplicity of the drapes.

When I think of beauty with brain, I conjure up images of women who have not only distinguished themselves with their dressing style but also as women who have accomplished a lot. Women who have surpassed men while being graceful and elegant. These are the women who aren’t difficult to identify in a crowd.

I am fast approaching 35 and maybe that is why I have picked up many old and middle-aged women. We have a new crop of young women who are achievers and deserve to be on the list but now that I am a middle-aged woman, I find it easier to relate to these beauties who are aging beautifully.

You may or may not agree with this list and that is entirely upto you and perfectly fine with me. Like I said, beauty has different takers. But below mentioned women are the ones that I not only admire for their persona but also adore them for the way they carry themselves – simple, elegant and poised. 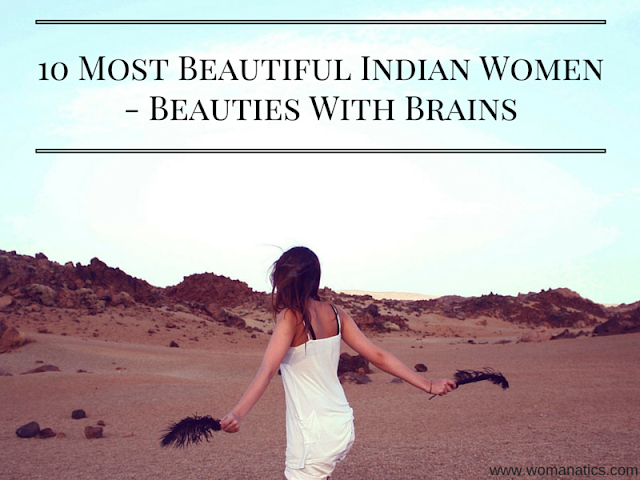 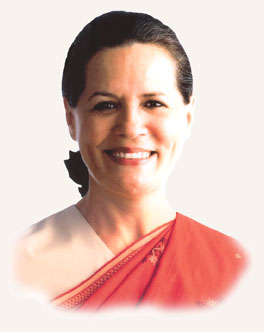 Undoubtedly she is one of the most beautiful Indian women and probably one of the most powerful too. In the hot season of elections, it may not be appropriate to discuss about her but I am here solely talking about the dignity and soberness this fair woman exhibits.

Always clad in white, creamy cotton sarees, she is a no-nonsense woman. In the playground of dirty politics, we have a woman who, despite several allegations, has always managed to remain dignified and has always made womanhood proud. 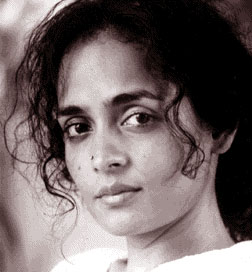 I like her long, dark curls as much as I love ‘The God of Small Things’. Having written a cult book like the one mentioned here, she has written many essays that have been published in various leading newspapers and magazines.

She holds strong opinions on things and this is what I like about her the most. What makes her truly beautiful is the coyish way she smiles and speaks her mind while never crossing the minimum decibel level.

It takes immense courage to speak up among haters – mostly men. Arundhati does that. You may agree or disagree with what she says but you can’t deny that she is talented. And beautiful too in her own subtle ways. 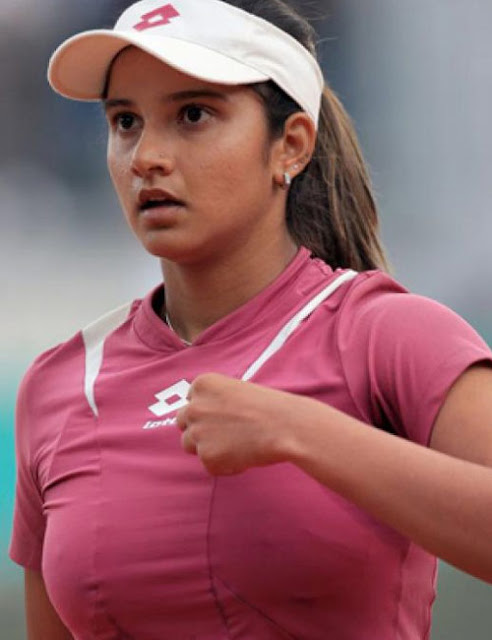 Sania Mirza is a star.  Remember the glasses and the nose ring? Sania made nose rings and funky t-shirts, the fashion accessories. She has taken sports to a next level altogether much like the way P.T. Usha and Malleshwari did.

But more than that, she is the first tennis star of India. A  young Indian woman who is admired equally for her games and her winning streak as much as she does for being  stylish and trendy.

Saina is the one who showed us that beauty is also about strength. Saina is the girl-next-door of Haryana who is our ideal sports woman – eyeing only her game and the next title. 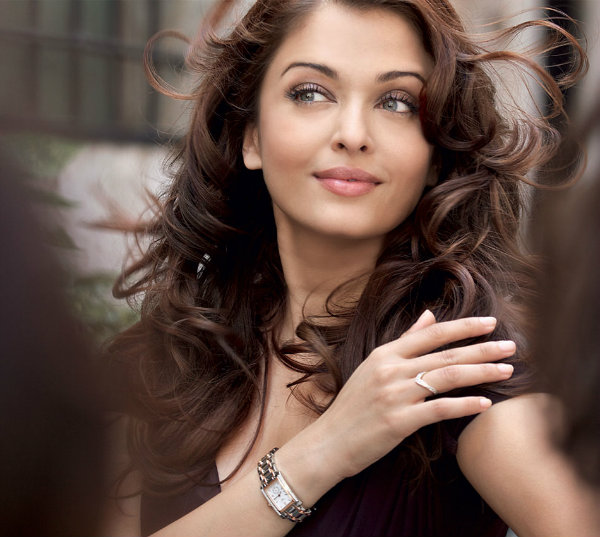 Often cited as the ‘most beautiful woman in the world’, she has been criticized for being too plastic and fake. But what more testimony to her beauty do we need than the fact that no list of beautiful women in the world is complete without our Aishwarya?

She took Indian beauty to an international stage and is rightly India’s ambassador.

She has achieved the position and acclaim that no other woman in the industry has managed to touch. Being put up in Madame Tussauds to frequent visits to Cannes and many respectable talks shows world wide is a mere example of her brains. If you still need a proof, watch this video in which Aishwarya perfectly gives it back to David Letterman in his own show. 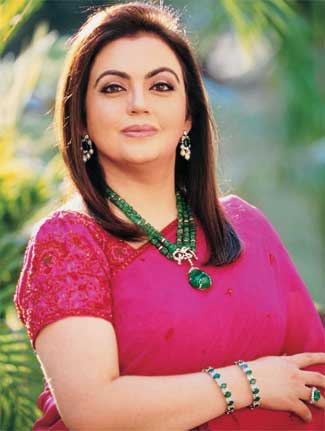 I am a big fan of hers. Not only with the way she silently runs the business gamut but also the way with which she has transformed herself in a sophisticated dapper.

India’s most influential business tycoon reaches out to her in case of every small and big decisions and that is her beauty. She had advised Mr. Ambani to wait for few months before launching Reliance Telecom and we all now know how intelligent that suggestion was.

Neeta runs the chain of schools and spends a lot of time with NGOs. She is a class in herself. 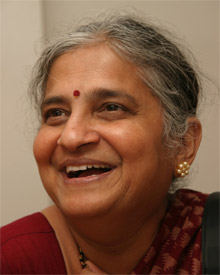 I worked with Infosys for over two years and maybe that is why I have more reverence for her than any other business woman. She is simple. Composed. Beautiful.

Slender woman who has maintained her own identity. She is known by her books and by the numerous essays she has published.

She doesn’t care to dye her hair. Nor she cares to be seen in designer attires. Her trademark is South Indian style cotton sarees and they indeed suit her very well.

To get a sense of her brains, read any of the many books she has written. 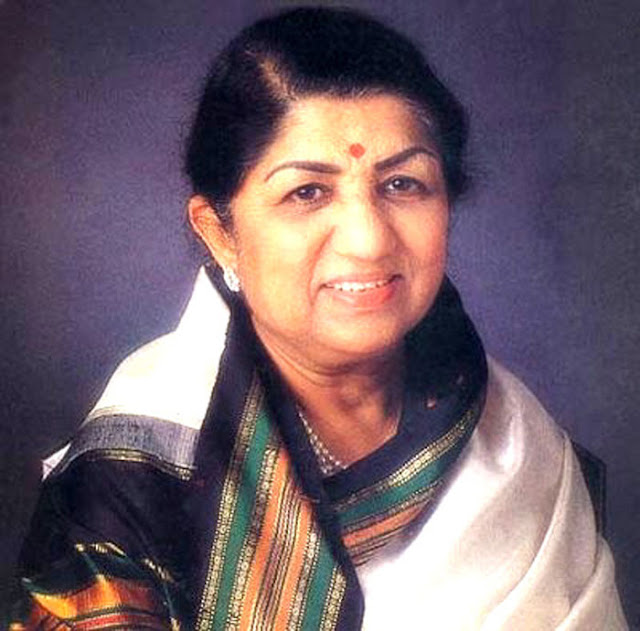 Not just respected, she is worshipped.

Music lovers worship Lataji. Such is her aura.

Never married, she hardly makes public appearances but whenever she does, you usually find her with head slight bent down, a smile on the face and hands folded.

Her beauty doesn’t only lie in her cuckoo voice but in her humility and warmth. The picture below where she is painted among the two mega stars show what this woman has achieved decades ago. 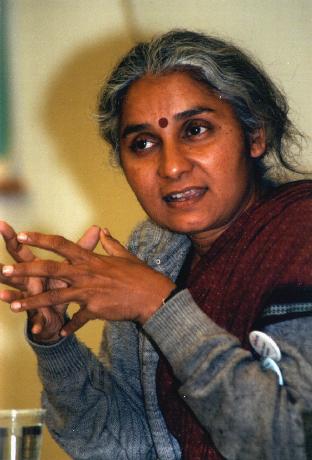 These two women who embody the picture of middle aged women in cotton sarees and a big bindi on forehead exuberate an indomitable spirit.

I often look at them and then look at myself in a mirror and wonder, can I ever look so calm, peaceful and beautiful after years of hardwork, struggle, sun and dust? And I disgustingly move away from the mirror.

Beauty lies more in actions. In doing things for community. And do these care less about their looks? Maybe not. If you can recognize them from distance, they are surely noticeable. 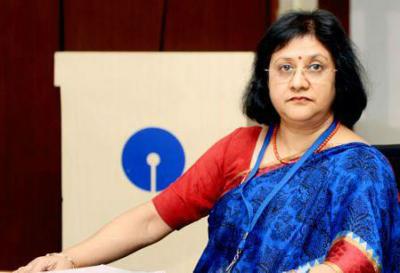 Sbi got its first woman chairperson in 206 years! Isn’t that a miracle in itself? That miracle is Arundhati Bhattacharya.

She is always seen clad in lovely silk sarees with an un-rimmed eye glass on her face and short, shoulder length hair. But what makes her beautiful is her strength. That she is the first woman to head an India-based fortune 500 companies and that she was listed as the 30th most powerful woman in the world by Forbes magazine. 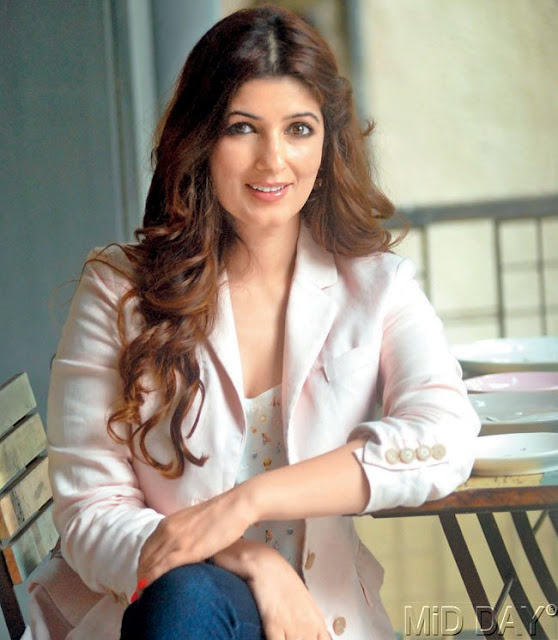 Okay, I am ready for brick bats if any. But I have to put her on the list. I can relate more to her because she also gave up her career (okay, she wasn’t a good actress at the first place but still) after marriage and settled down to raise a family.

I am not a fan of her acting but I like her writings.

Currently known as Mrs. Funnybones, Twinkle Khanna is a woman of her own mind. She doesn’t shy away from holding strong opinions and voicing them on media platforms.

At the age of forty two, does she even look like close to 35?

These are the women I would like to grow old as. You have got some favorites? Or do you want to add anybody else to the list? Let me know in the comments.